write my essay for me buy research paper

Born in Cyprus, Famagusta,  Irfan Davulchttp://domyhomework.pro/ spyphoneapps.meular, co-director of ID Taxi Sales, started working as a mechanic in a Mercedes garage, from the age of 12 as he was attending secondary school. He continued working as a part-time mechanic until he finished school, where he decided to pursue this job full time, given his passion towards the career.
http://domyhomework.pro/ spyphoneapps.me
Later he immigrated to the UK in 1995 at the age of 20, where he worked to become qualified as a mechanical engineer for a year at Phoenix Motor Engineering.

He then opened his own Mercedes garage in 1996, at the age of 21, is one of the youngest Turkish Cypriot Businessmen of his time in the UK.write my essay for me buy research paper

Irfans First garage was located in Deptford and specialised in Mercedes and bodywork of normal cars. He successfully ran this business for 11 years. In 2007 he closed his Mercedes garage in Deptford and opened various garages in Bethnal Green, Cudworth street, operating as Cudworth Taxis, where he decided to go into the London black taxi business. He also opened a bodywork garage in Hackney, Amhurst road. The company Cudworth Taxis specialises in rentals, repairs, black taxi sales, bodywork and overhauls; past and plated. Be aware of free pokies games queen of the nile

The business has successfully continued running for many years and has also worked side by side with WizAnn Knowledge school, whereby most knowledge students have completed their knowledge and rent black taxis from Cudworth Taxis. Irfan Davulcular in the recent years has continued to sell black taxis more rigorously, whereby he met Darren Lazarus. Darren Lazarus also became interested in the sales of London black taxis and wanted to go into partnership with Irfan Davulcular. They went into partnership in 2017, trading as ID Taxi Sales.

The combination of Irfan’s expertise in London black taxi rentals, repairs and sales coupled up with Darren’s expertise as a black taxi driver, dating back to his family’s history in the black taxi profession, makes this partnership a positive and dynamic corporation.

Born in the United Kingdom, in Essex,  Darren Lazarus, co-director of ID Taxis, decided to follow in his family’s footsteps and go into the black taxi profession. His earliest memories consist of his dad driving a FX4 with a vinyl roof and a radio underneath the sunroof.

In 1970s, London was the only place that black taxis were seen, during a time where it would receive great attention from the public, and the black taxi trade was at its peak. This inspired Mr. Lazarus to start his knowledge and successfully excel into the profession when receiving his badge in 2000. His mother, father and brother are also black cab drivers.  Since then he has been very active in the field, going to all demos and helping out with events. Mr. Lazarus later teamed up with Irfan Davulcular who shares similar values and garage insights, which will be beneficial in the years to come.

They went into partnership in 2017, trading as ID Taxi Sales. 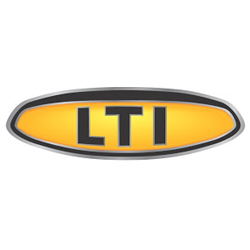